Art All Around: Find Public Art in Your Neighborhood

To experience public art in Charlotte, you merely need to step outside. In our neighborhood, there are plenty of murals on local businesses from a variety of artists. Below are some of our favorites, both new and old.

Since being introduced in season one of The Mandalorian on Disney+, The Child, more commonly referred to as Baby Yoda, has been popping up on t-shirts, coffee mugs, and even murals. You can see Charlotte’s on the side of NoDa Market & Deli at 1721 N. Davidson Street. The mural by artist Alex DeLarge with Southern Tiger Collective was completed this past December. 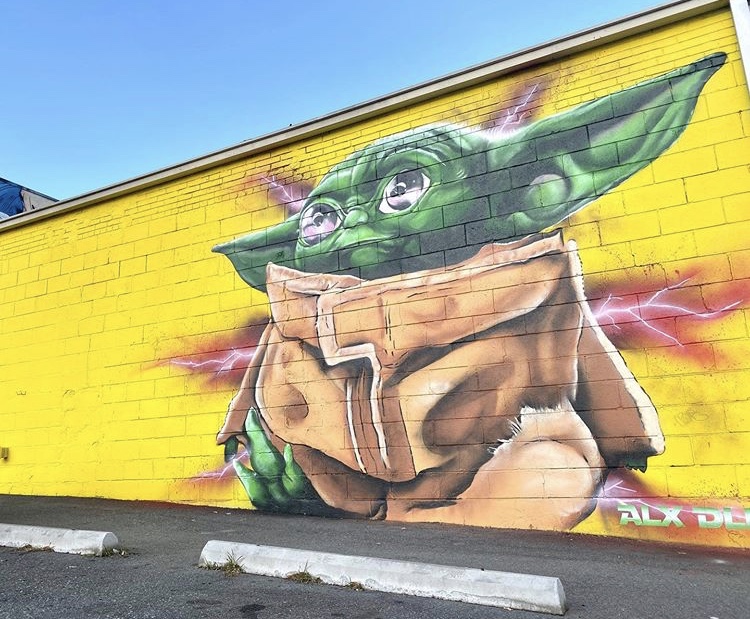 The most recent addition to the public art scene in Charlotte is a new multi-wall mural at the recently reopened Dish restaurant in Plaza Midwood. Along with a new menu and updated interiors for the reopening, Dish’s new owner Lewis Donald (also of Sweet Lew’s) unveiled the massive patio mural by SHE Originals, an artist based in Germany who grew up in Plaza Midwood.

One of the most prominent murals in NoDa is the ribbon portrait on the former Solstice Tavern by artist Nick Napoletano. This artist has another large mural in NoDa, the Swirl on NoDa Bodega. The ribbon mural is hyper-realistic and a vibrant display of color on the main road through the neighborhood. 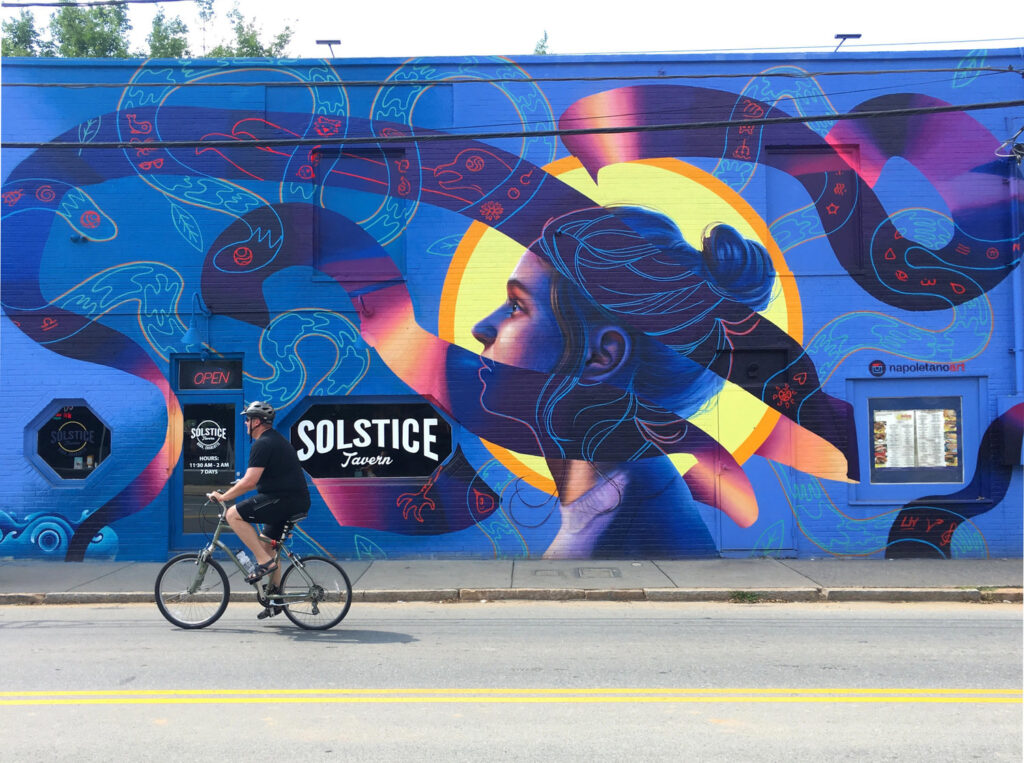 You can catch the main villain from Marvel’s Avengers series on the side of Seventh Sin Tattoo in Plaza Midwood at 927 Central Avenue. This is another piece by the Southern Tiger Collective, a Charlotte-based group of artists responsible for commissions all over town.

Catch a glimpse of our own Queen Charlotte in Elizabeth. On the side of Lineberger Dentistry at 347 N. Caswell Road Matt Hooker and Matt Moore, sometimes called “The Matts,” created this mural including the 704 logo. You can find the duo’s work all over the city. 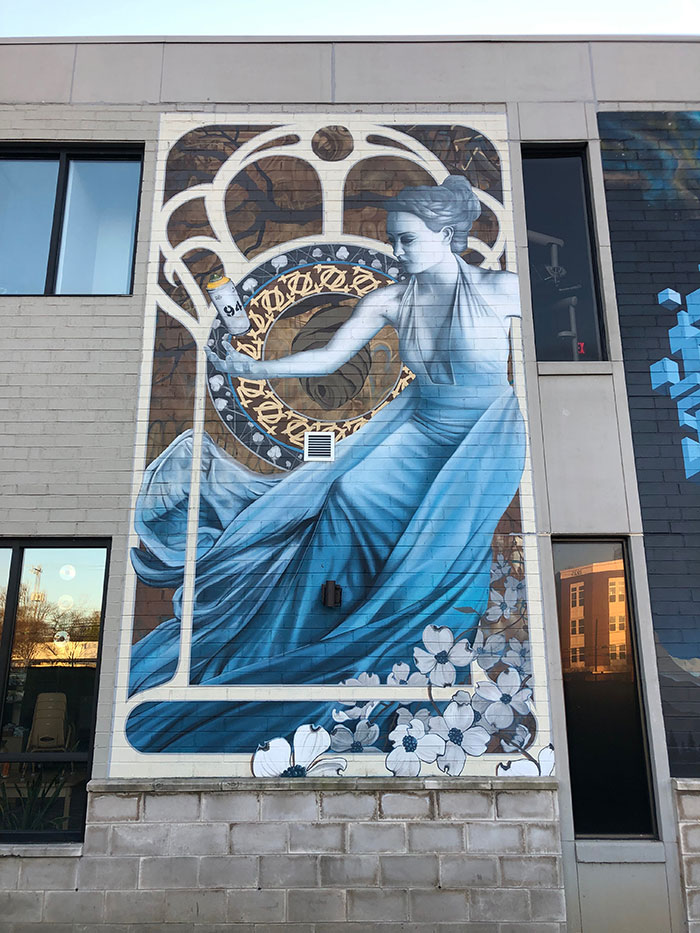